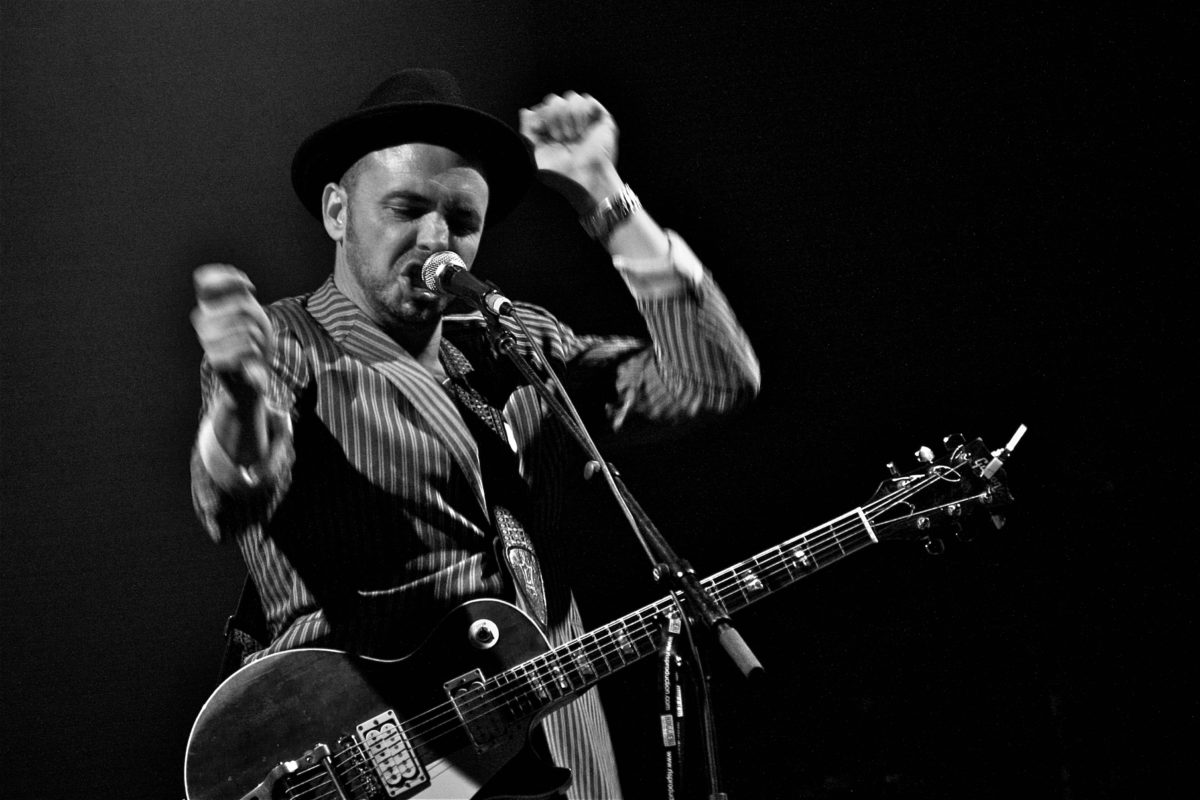 A staple of the Canadian arts scene for almost 20 years, Workman boasts a catalogue of 15 solo releases showcasing his now signature spectrum of sonic influence, from cabaret to electro-pop to anthemic rock and plenty in between. The accolades amassed include JUNO nods and wins and widespread critical acclaim. As a producer, his fingerprints grace releases by JUNO and Polaris Prize nominees and winners like Tegan and Sara, Sarah Slean, Serena Ryder, Hey Rosetta!, and Great Big Sea. He’s also penned melodies with a myriad of artists, from Oscar award winning Marion Cotillard (La Vie en Rose, Inception) to French rock icon Johnny Hallyday. Hawksley’s touring career has seen him play nearly a thousand shows worldwide. He’s headlined prestigious venues like Massey Hall in Toronto and The Olympia in Paris, and opened for heroes Morrissey, David Bowie, and The Cure.A slight departure from past musical feats, Workman released a children’s illustrated book titled Almost a Full Moon, a warm-hearted tale of family, community, food and home. A story of a boy and his grandmother on a cold winter’s night, his words are beautifully complemented with the rich illustrations of Jensine Eckwall, who helps brings beauty and a hint of magic to Workman’s evocative lyrics. Together, they create a world and a night that will enchant readers of all ages. Almost a Full Moon was published September 2016 by Penguin Random House.
More recently, Hawksley wrote and recorded his latest LP following a move to Montreal from the Muskoka wilderness. Produced by The Dears creative genius, Murray A. Lightburn, the record showcases Hawksley’s hooky yet innovative melodic approach, authentic songwriting, and good old-fashioned, unedited musicianship. The first single, “Battlefords” was released on October 26, 2018, Says Hawksley about the new song, “it is a piece of Canadian nostalgia, celebrating life in rural Canada in the 1980s, and the emotion and innocence that was specific to a quasi-technological time in the late 20th century.”
Hawksley Workman is many things to many people in many places, but primarily, he’s a student of the human psyche; an artist in the purest sense of the word, constantly finding fresh and interesting ways to frame and share the world – the people we are and the things we encounter. It’s a virtually bottomless well of ideas for a man with virtually endless imagination and creative outlets.