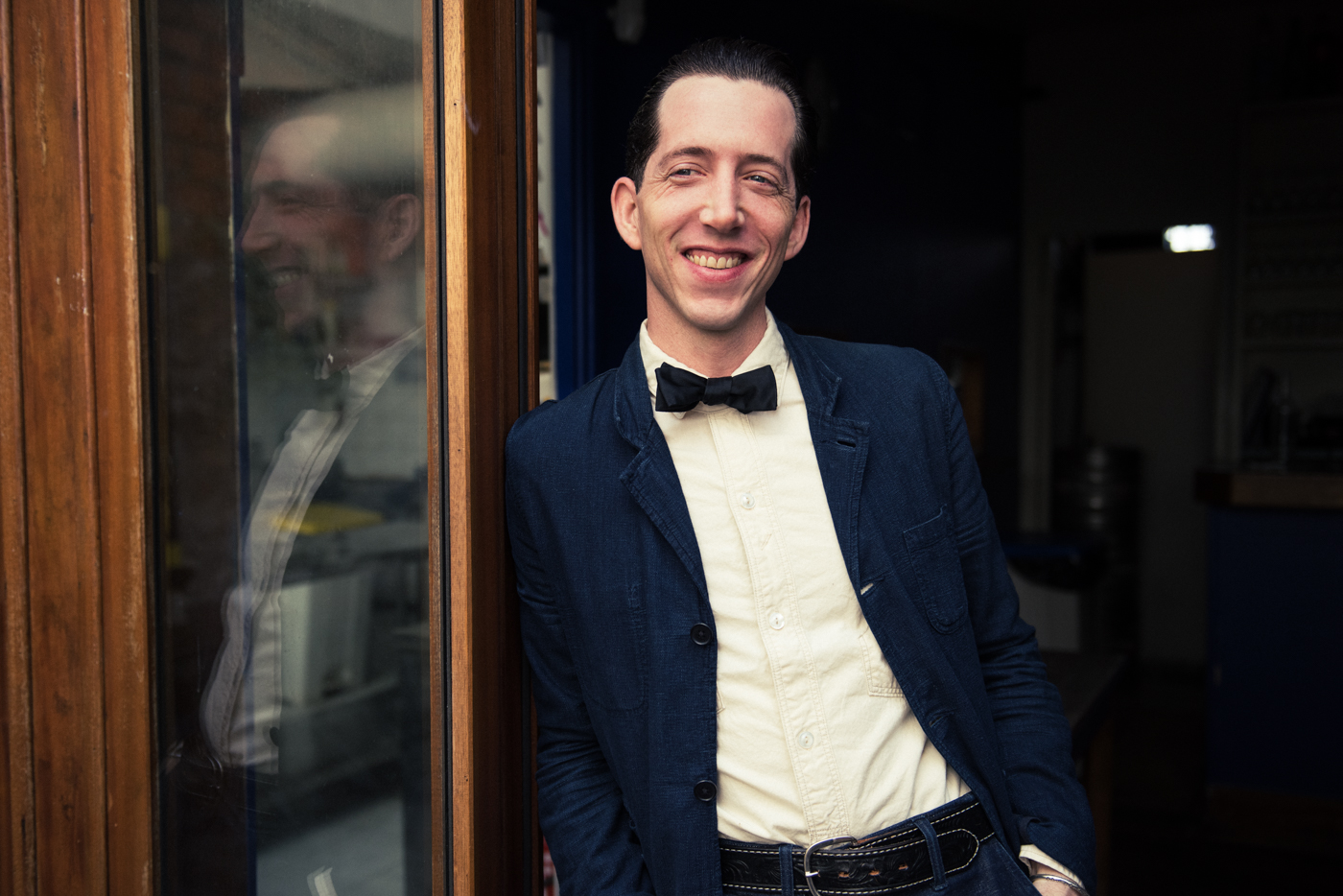 “Limiting myself to a genre has never really been my thing,” says Pokey LaFarge. “I’m most purely a rambler. I’m traveling the world all the time, and my songs have been directly influenced by my travels. You’re liable to hear something in my songs that sounds like traditional jazz; next thing you know, you might be hearing something that sounds like Bob Dylan’s Nashville Skyline mixed with the chanson singers of France, or a waltz mixed with cumbia, or soul mixed with swing.”Ever since his first record, 2006’s self-released Marmalade, LaFarge has been a difficult specimen to pin down, indeed. Though he was raised on a healthy diet of blues, bluegrass, ragtime, Western swing and old-time country — and though he has consistently demonstrated a decided affinity for pre-1950s menswear — the Illinois native is by no means a throwback or a museum piece. Timelessness, and refined good taste, is LaFarge’s raison d’être, and his influences are as multi-hued and wide-ranging as the rhythms that buoy his starkly poetic songs — rhythms that are steeped in the very essence of jazz.

LaFarge has recorded and toured with Jack White, played big stages like the Ryman, Red Rocks and Bonnaroo, but he’s equally at home ripping it up in any small theater, nightclub or roadhouse that’ll have him. With each of his albums, up to and including 2017’s critically acclaimed Manic Revelations, LaFarge has evolved and reinvented himself as an artist, preferring to continually refine his sound and tinker with his approach instead of resting comfortably in one spot.

of his performances at the Calgary Folk Music Festival’s mid-winter event, “The Block Heater Festival” Feb 22 and 23!!!

Our good friend and stellar Southern Alberta musician has played Geomatic Attic events many times over the past few years. This includes solo performances at the Attic, our Wide Skies Music and Arts Festival in 2017, with fellow songwriters Kimberley MacGregor, Matt Patershuk

and Mike Stack and, of course, as a key member of Leeroy Stagger’s band. Fresh off a tour of the UK with Leeroy, Ryland will be rolling out familiar tunes and new songs that are sure to stay with you long after the his performance!!