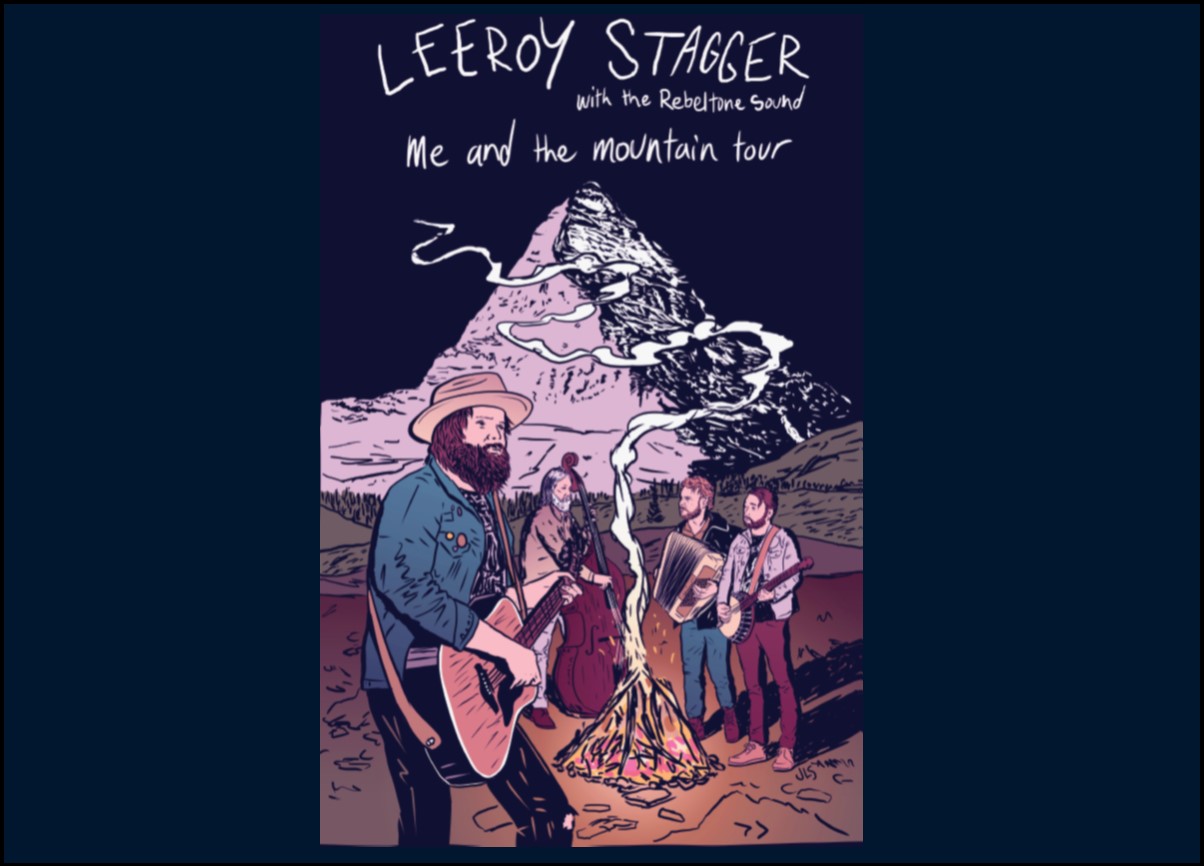 “Me and the Mountain Tour”

Something profound happens when one is confronted with the illusion of self.

Maybe your 30 something with a couple of kids, a struggling marriage and three weeks alone in a cabin in the Rocky Mountains (His marriage is just fine now, thanks for asking)

Well it sounds a little more rustic than it truly was. He wasn’t exactly alone and substitute the nights in a cabin for a 5 star hotel room.

Me and the mountain was written for the most part during a three week singer songwriter residency at the Banff Centre in Banff Alberta.

“I went in with a somewhat clean slate, Geoff Kulawick at my record label True North, had encouraged me to write some more songs for my next album cycle, I had never ever spent that amount of time in a row being able to dedicate to working on my craft without any distractions, I was able to get a lot done. I wrote 13 songs in 3 weeks and thats a coup as far as I’m concerned”

The 36 year old father of two didn’t exactly have an easy time of it.

“The first week of residency was intense, I had pretty vivid nightmares every night and, I barely ever dream anymore. I went into writing during the day in a pretty dark place. The Banff Centre is on sacred indigenous land. I have a feeling the dreams were trying to tell me something. I had struck up a relationship with an elder that had invited me to take part in ceremony with him, that night I had a round dance dream and my nightmares never came back. It was a very profound experience. I was able to work out a lot of my inner trauma up there on that mountain and it shows in the writing of this album”

When it came time to record the album, Leeroy camped out at his Rebeltone Ranch Studio in Lethbridge Alberta.

“I had done a roadshow tour with Steve Dawson as well as Steve Marriner of Monkey Junk the year before and really wanted to work with them on something, this was the perfect opportunity. They both have a relationship with Geoff Hicks who is one of my favourite humans and a great drummer so we brought him in as well”

The rest of Leeroy’s touring band rounds out the player list including longtime collaborator Tyson Maiko on Bass, Michael Ayotte on Keys and Ryland Moranz on Banjo and Mandolin.

During his residency at the Banff Centre, Stagger struck up a friendship with American songwriter Kim Richey. She helped him arrange the song and lends her beautiful vocals on “Caught in the Middle”.

“Kim was the female vocal on “Come Pick Me Up” a song that was instrumental in putting me on my own path of songwriting. She is an amazing songwriter and person and to have her on this album is very special for me”.

The Result is Me and The Mountain, Its on the more rootsier end of Stagger’s musical spectrum and that’s just fine with his fans who have been asking about songs like “Searchlight” “Broken Generation” and “Caught in the Middle” for the last year of him playing them live.

Leeroy will embark on a small low key and intimate tour in spring 2019 to promote Me and the Mountain.

We are keeping the release low key as to not intefere with Leeroy’s Strange Path album out Sept 2019 on True North Records.

Its kind of a secret but please enjoy!