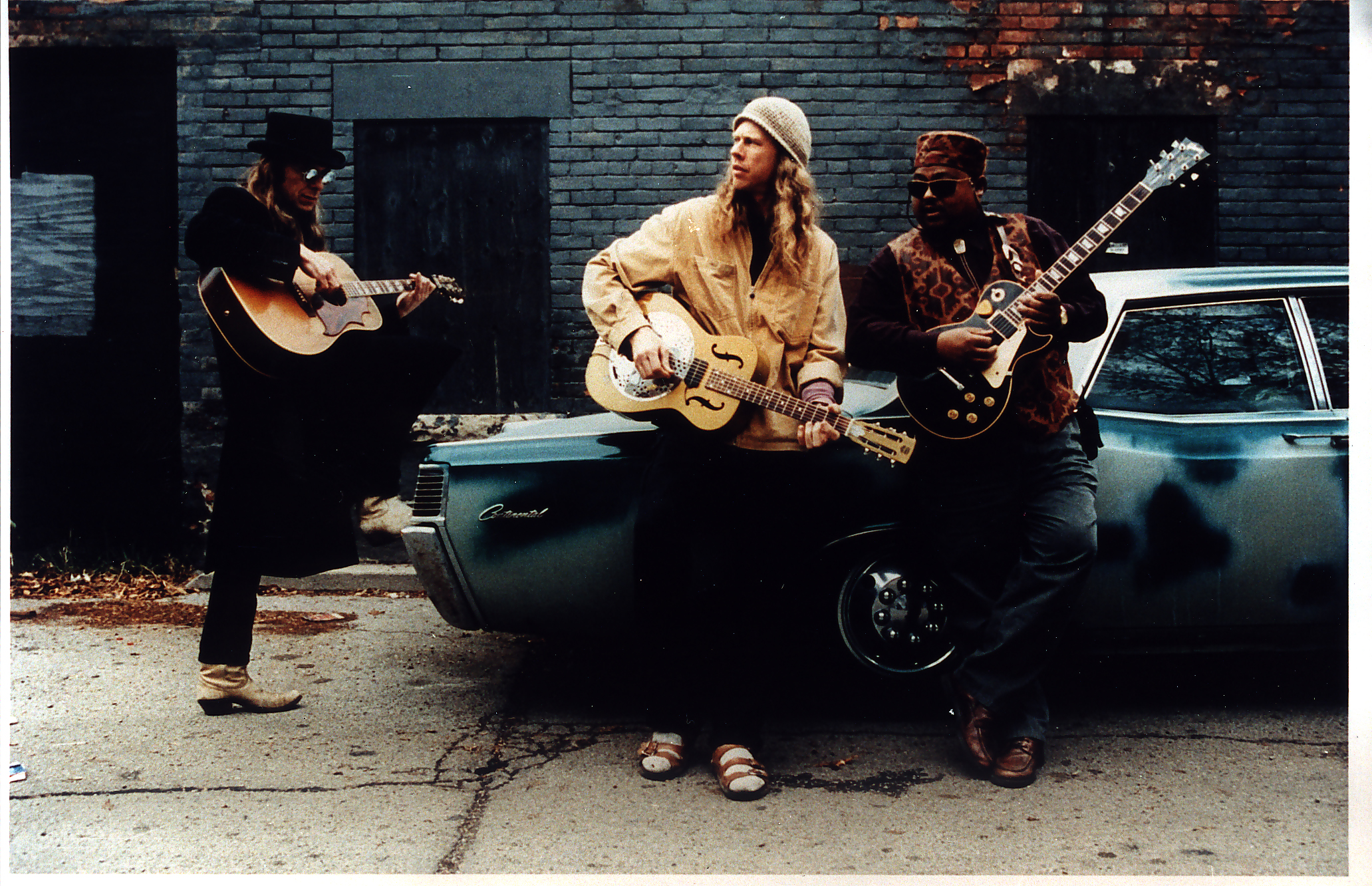 Tri-Continental is a collaborative evolution that fuses the talents of three wonderful guitar-players, singers and songwriters from Canada. There are no musical boundaries present in this one-of-a-kind blues/folk/world music mélange. Tri-Continental present a truly unique – and critically acclaimed – sound that is a great success in terms of soulfulness and presence, intensity and atmosphere.

TRI-CONTINENTAL are:
Bill Bourne vocals, acoustic guitars, fiddle
Bill Bourne is a masterful guitar-player and improvisor blessed with an vocal charisma of great intensity. A popular solo artist and songwriter in his native Canada, his past work also features a stint with popular Scottish folk outfit Tannahill Weavers and others project with folk artists like fiddler Shannon Jackson. His JUNO-nominated solo album VICTORY TRAIN was just one of his solo releases that introduced his individuality and musical integrity to the Canadian audience. Bill Bourne is quite a character – with the everpresent black top hat as his trademark.
Lester Quitzau vocals, slide guitars, acoustic and electric guitars, kalimba
Lester Quitzau hails from Edmonton and comes from a Dutch/Danish family. The Canadian city was also the place where he paid his dues. A fixture in the bars on the citys North Side with hard-drinking blues bands like the Slipping Lizards or Yard Dogs, Lester has come out as a blues player on his own with the JUNO-nominated album A BIG LOVE from 1996. On this record, he successfully presented his own version of the blues with original music marked by a sense of innovation and deep blues feeling. Lester Quitzau is certainly not a blues purist but a sensitive modern player, whose work is dominated by a sense of texture, space and openness. Inspired by the honesty of the blues, hes not interested in music as a museum piece but in the authenticity and timelessness of the blues as a musical force of the present. He is been touring Europe in 1999 and is destined to return soon.
Madagascar Slim vocals, acoustic and electric guitars, valiha
Totally in line with the blues tradition, this man from Antananarivo/Madagascar has chosen a moniker as his “blues name”. A Toronto resident since 1979, Randriamananjara Radofa Besata Longin (thats his full name) is a good example for a truly bi-cultural artist. The musical worlds of the African island have only been discovered in recent years, with high-profile Western artists like Henry Kaiser and David Lindley travelling there to dig up and present traditional and modern Malagassy music to the world. A beautiful music that is certainly part of Madagascar Slims genetic make-up as well. An expert in the popular “Salegy” dance style featuring intricate fingerpicking patterns, his life was changed forever when coming across the music of Jimi Hendrix. He has been inflicted with the blues virus ever since. Speaking of his own music, Slim likes to use the expression “Malagassy Blues”. An expression right to the point, as his playing features blues riffs and African rhythms going hand in hand. His 99 solo effort OMNISOURCE made waves on the Canadian blues and world music scene and he received a JUNO award for it. On TRI-CONTINENTAL, the man is also featured playing the vahila, a special zither from Madagascar made from bamboo. As is the case with Hawaiian music, traditional music from Madagascar draws on highly individual open tunings most of the time.