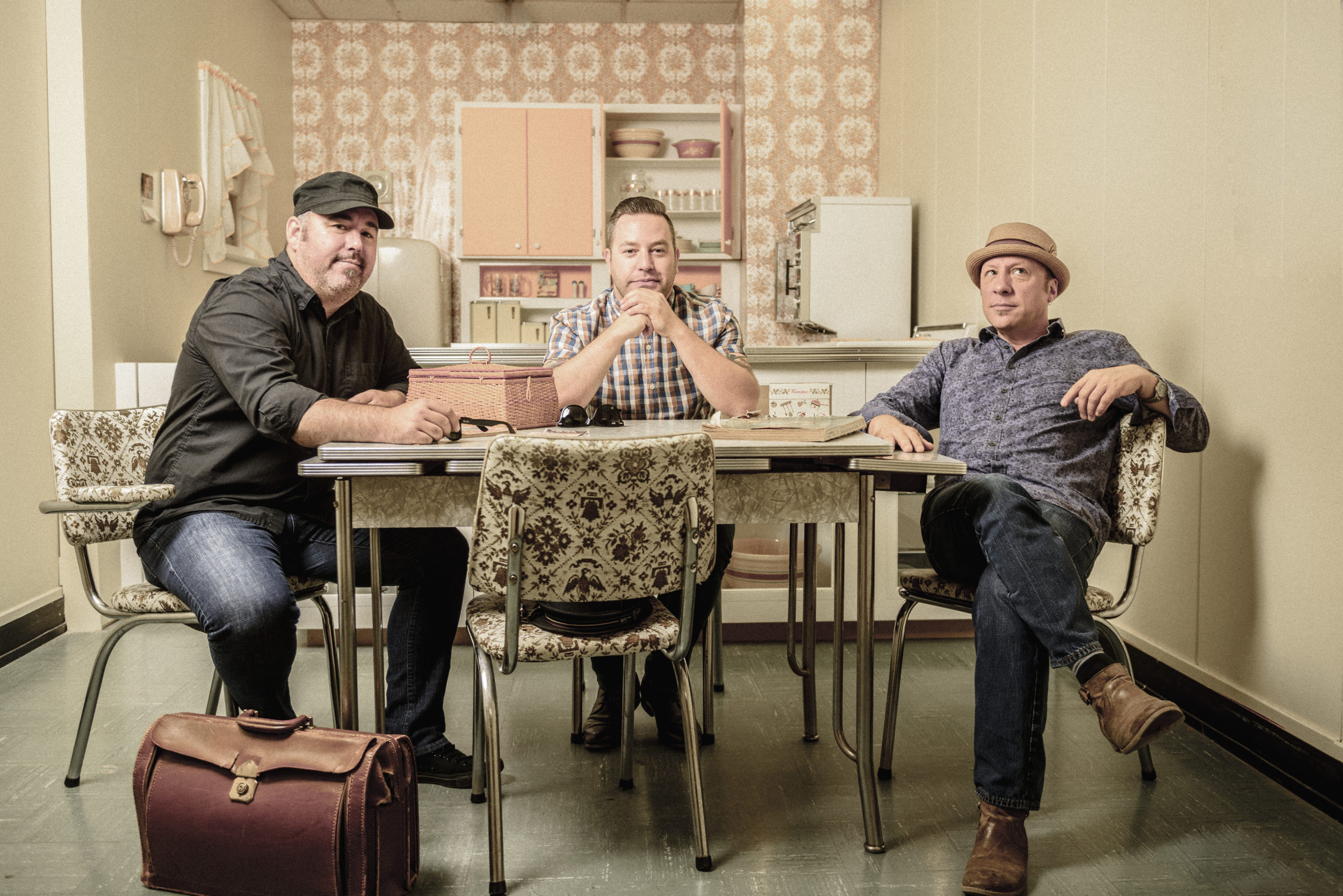 Since 2008, the name MonkeyJunk has been synonymous with the emergence of a new kind of blues on the Canadian and international scenes.  Continually pushing boundaries and blurring genre lines, the Ottawa Ontario-based trio has added an edge to their music by incorporating swampy blues & rock with thoughtful and intelligent lyrics. Their fifth Stony Plain Records release, Time To Roll is unique in that it incorporates elements of all four of their previous recordings with added maturity in songwriting and instrumentation, cementing MonkeyJunk’s originality and sound as its own.

As one of the hardest working bands on the scene today, these Canadian ambassadors of blues/rock are constantly working to up their game in terms of songwriting and musicianship, with the results being evident on Time To Roll.  In just over a year since the release of their seminal recording Mood Turn Red, MonkeyJunk has delivered 10 top-notch tracks that are consistent with the quality and passionate delivery they are known for.  “We wanted to push ourselves to work hard and to work efficiently and focused – to see what we could come up with in a shorter period of time. The result is a brash, groovy as always collection of songs that show where the band has been and where we have arrived in eight and a half years of writing, recording and touring”, says drummer Matt Sobb.

Time To Roll was recorded at Signal Path Studios in Almonte, Ontario and mixed and mastered in just over two weeks spanning across two months. On the writing and recording process, Steve Marriner comments, “I believe we captured a more raw side of MonkeyJunk. We wrote the tunes pretty quickly and didn’t do a lot of second-guessing.”

Heading back to their blues roots and drawing on inspiration the runs from John Lee Hooker and Lightnin’ Hopkins to J.J. Grey & Mofo and The Meters, Time To Roll is heavy on groovy riffs, solid backbeat & topped with Marriner’s soulful and fervent vocals. Time To Roll is also unique and progressive for the band, as they’ve added electric bass on most of the songs. No MonkeyJunk recording to date has included bass, but they felt that it would be a welcome addition to MonkeyJunk’s sound.

From flat-out blues-infused rockers such as “Best Kept Secret”,  “The Hunter” (a cover of the classic by Albert King), and “Undertaker Blues”, to the moody and melodic “Blue Lights Go Down” (co-written by Tom Wilson of Blackie & The Rodeo Kings, Lee Harvey Osmond) and raucous Southern rock inspired “Time To Roll”, “Can’t Call You Baby” &  “Gone” to the funky and soulful “Pray For Rain” & instrumental “Fuzzy Poodle”.

Steve Marriner, the trio’s vocalist, baritone guitarist, harmonica and organ player, was well known as the ‘go-to’ guy as a producer, sideman and session player. He’s also toured the world performing alongside Harry Manx. Steve is also the consummate musical networker and stage guest having been invited to join many artists in concert such as Randy Bachman, Colin James and Big Sugar. At the age of nineteen, lead guitarist Tony D performed for three nights in Buddy Guy’s band. In 1982, he opened for Stevie Ray Vaughn. These events helped propel him into a long-standing career with his own popular project, The Tony D Band. He has also toured with some of this country’s greatest musicians, including the late Dutch Mason. Before MonkeyJunk, drummer and percussionist Matt Sobb was a very busy session drummer around Ottawa and has backed up several regional, national and international artists live on stage, touring and in studio over the last 25 years such as Kim Wilson (Fabulous Thunderbirds), Jeff Healey and Tom Wilson (Blackie & The Rodeo Kings, Junkhouse, Lee Harvey Osmond), The Tony D Band, his brother’s band Marty Sobb and The Mobb among many others. MonkeyJunk has won a collective 20 Maple Blues Awards, two Canadian Independent Music Awards, a Blues Music Award (USA), and have been nominated twice for a JUNO Award, winning the award for Blues Album of the Year in 2012.